Interesting how you can sense early on, even before an obvious incident, a player or players who doubt the direction you need them to go. It could be at a meeting, practice or in a game. Have you ever thought, “Wow! What are they doing? Didn’t I just ask them to ………..?” It can be frustrating.

Remember that winning your players is a daily task. What you did yesterday was great, but today is a new day to be tested. The respect earned can disappear in a moment with your actions or words when a player decides to do something other than what you’ve asked in a game or practice. 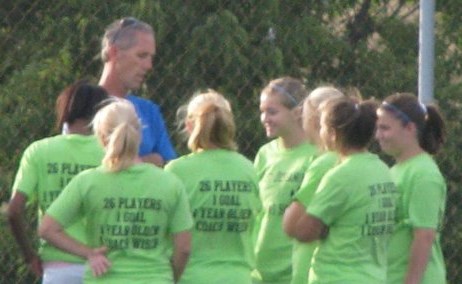 As a youth player it can be a form of rebellion in an effort to show a coach what they know. At that stage it’s often nothing more than being overzealous about their ability. In those cases an incident usually shows them that what you’ve asked is the better solution. But with older players it can be conflicting directives from what another coach has taught them, or someone with more influence has recommended. Should you be concerned? What can you do?

Questions you may want to consider:

• Is this an isolated incident or an ongoing issue?
• Does the player see or fully understand what they’re doing?
• Is what you’re asking critical to the team’s success?
• What if you let this go unchecked?
• Is it about your ego and showing you’re in charge?
• Is their way a better alternative? Are they right?
• Should you talk with the player? When?
• What impact will it have on the other players?
• What is the accountability?

While you may initially see it as only a conflict between you and a player, it can have a far-reaching impact. Teammates see what’s going on, and, if left unattended, it can grow into a monster you hadn’t planned on. Players may take sides on the issue with a few leaning away from your leadership. 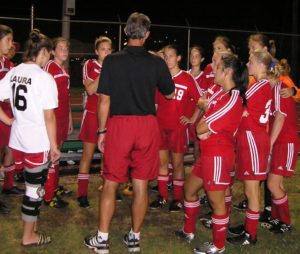 Team’s who’ve developed vocal leaders and a strong team culture with definite boundaries of responsibility and respect will usually take care of this issue within the team. That’s why it’s essential to begin today to build that culture. However, teams that only rely on the coach’s leadership will shift all the pressure to you to make a decision. While that’s okay, just know it’s an issue that requires your full attention.

Players may say when asked that they abhor this behavior from one of their teammates but are unwilling to confront or talk with the player, that it’s not their job.

Meeting with the player is imperative.

• Meet with the player with an assistant coach present.
• Explain the situation as you see it, then be quiet and allow them to respond.
• Lay out the rationale behind what you’re asking them to do.
• Paint a picture of how their actions impact the team.
• Remind them of the expectations for every member of the team.
• Ask what they’re trying to accomplish.
• Let them know how much you believe in them.
• Explain the accountability for every player and their actions.
• Let them know you can’t play them if they can’t follow what’s best for the team.
• Ask if they have anything else that needs to be said.
• Give them time to think about what has been discussed and plan another meeting within the next week.

Your strongest leadership is required in these situations. Players left free to roam on and off the field doing anything they wish will destroy your team.

In some cases these players can be your highest skilled athletes. In their mind they are the only one who can beat a defender, score a goal, pass the ball or cross the ball perfectly. Their ability drives them to do too much, not trust their teammates and eventually they become frustrated. What they don’t see is how impossible it is to beat a team single handedly.

There are some subtle things you can do to help. Blend abilities in practice. Match up some less-skilled with higher-skilled in a few situational activities. Expecting them to play flawlessly together in a game when they never work together in practice may be too much to ask. Build some trust among all your players. You’ll find that some more-skilled players are willing to help the less-skilled players, and why shouldn’t they? It helps everyone. Maybe when a player sees that their teammates are trying as hard as they are it will give them a new understanding, tolerance level and outlook.

Take the time to talk to your team about situations such as when a player makes a bad pass. It’s usually the player on the receiving end that becomes infuriated, and are now mentally out of the game. How can that be avoided and what can the player do? Screaming and becoming upset helps no one. The play is over. Ask your players how it could best be dealt with. If not mentioned, recommend statements such as, “I’ve seen you make that pass. I know you can do it. We’ll get it next time.” Highlight that all teammates are trying their best and some encouragement can go a long way.

If it’s clearly an outside influence issue, you may be inclined to address it in a way that diminishes the credibility of another coach, mentor or relative, but that serves no purpose. Making light, in a less than flattering way, of someone who played a key role in your player’s life isn’t needed, and will never change their view of that person. Just work on what you can control and be the coach your player believes in more than anyone else. It will take time, and may never be perfect, but it will be worth the effort. If outside influences become overwhelming, set up a meeting with that person and explain how it’s impacting the team. Make sure your Athletic Director is aware of the situation and is present at the meeting.

This isn’t about inhibiting a creative player’s ability and decision making, it’s about building a team with a strong team culture that takes care of its own issues and understands it takes every player doing their job to be successful on and off the field. Our job is to paint that picture every day to everyone we meet.

I wish you and your team the best.


View in a larger format and find out more about the video HERE.