“Leader and Role Model”
As superintendent of Jessamine County Schools for nine years, I had the privilege of working with hundreds of coaches – most of whom were exceptional men and women who loved their athletes and their sport. DeAngelo Wiser stands out among that elite group as a leader and a standard-bearer. The words that come to mind when I think of Coach Wiser are humble, kind, and devoted. He is a man of character known for his integrity and commitment to his athletes above self and status. He was a celebrated coach, but, more importantly, he was a role model for his players, their families, and his colleagues.
Lu Young
University of Kentucky College of Education Faculty Member
Former Superintendent
Jessamine County Schools

“A classroom on grass”
Coach Wiser’s commitment and passion for his players to excel not only on the field but also in the classroom was evident from my first conversation with him. Coach Wiser is truly a “players coach.” His knowledge of the game and manner in which he coaches is truly a classroom on grass.  There is constant reinforcement and enthusiasm challenging each player to improve daily.  DeAngelo Wiser is a role model for those who aspire to be a head coach in any sport.
Ken Cox
District Athletic Director
Jessamine County Schools

“The legacy you leave”
I’ve been involved in athletics for 27 years and have never been around someone that truly understood athletics and life in a way that Coach Wiser has shown me. One of the greatest gifts as a coach is to know that your players leave your program better people. I know that if you speak to any of his players, parents, coaching staff, opposing coaches, or administration they would say he is a great coach, honest, caring, and we love him as a person as well as a coach. For my short time getting the chance as an athletic director to work with him and getting to know him on a personal level, he has changed the way I look at life and how I approach athletics. One of my favorite quotes is “Let someone else praise you and not your own mouth, a stranger, and not your own lips.” Coach Wiser is one of the most humble coaches and would go out of his way to make sure you received recognition over him. He is one of a kind and in my eyes he is our John Wooden.
Daniel Sandlin
Athletic Director
East Jessamine High & Middle Schools

“In a very elite class of coaches”
I have worked with hundreds of coaches over the years, and there is no doubt that Coach DeAngelo Wiser is in a very elite class of coaches who understand the true value of sport. Coach Wiser’s teams are not only well-coached in the sport of soccer, but his athletes are also highly motivated. Using a people-building methodology, Coach Wiser teaches his teams all of the important values inherent in sport – teamwork, character, discipline, and positivity – just to name a few.
Jason Neidel
Head Coach Western Kentucky University Women’s Soccer

“The right decision”
I was blessed to work with Coach Wiser for seven years in a classroom setting. He always had a plan and could see the big picture at all times. His coaching wisdom, ability to motivate people, calm demeanor, and thoughtfulness were displayed every day.  His common message was the right decision is not always easy and the easy decision is not always right. I am a much better coach, person and teacher for having spent  part of my career with him.  I am forever grateful for our time together.
Mike Bowlin
Head Football Coach
East Jessamine High School

“A bright light”
DeAngelo, I used your list of suggested questions yesterday during an interview process on a college campus. First time I’ve walked away from an interview feeling I knew what I needed to know and in a position to determine what I felt about the institution, Soccer program etc. My decision whether to take the position if offered was determined before I ever left the campus. Thought I understood the interview process and so many in all these years. Your commentary and list of suggested question are a bright light and one younger coaches should take seriously.
Paul McNally
Former high school and college coach

“Integrity and great character”
You never had to worry about any of his programs because he coached who he was. There wasn’t a facade there. He is a man of integrity and great character, and that’s how he coached. He spent extra time going to clinics and trying to become a better coach and trying to keep up to date with all of the new technology and new schemes that come along with soccer. He will be sorely missed.”
Charlie Temple
Former District Athletic Director
Jessamine County Schools 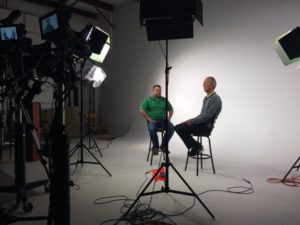